Hello everyone! It’s Tuesday, so that means I will be sharing my thoughts and opinions on last nights Bachelor episode. I feel like a long introduction really isn’t necessary since I did one at the start of week one, so if you missed that go ahead and check it out here. This week, I totally took notes while watching so get ready for some of my raw thoughts on this weeks episode!

This week started out with a large group date where the girls and Nick dressed up as a wedding party and took photos. Each girl was assigned a “theme” wedding and had corresponding wedding dress costumes. Corinne, of course, was “beach wedding”. This meant she wore a white bikini and white sarong. She then proceeded to TAKE HER TOP OFF, grab Nicks hands and place them on her bare breasts, Janet Jackson/JT style. What. The. Heck. During this group date, Corinne said some totally cringe worthy things. These were my favorites:

“I’m DEFINITELY the hottest Bride.”– I’m sorry, but no.

“I got the first kiss and my name was first on the date card. I’m just full of number ones.”– Until you get a one-on-one date, that means nothing.

“She RE-interupted me, which I think is VERY rude.”– Girl, you literally stole Nick away every single time you saw him with a different girl. Granted, Nick should’ve said not but lets be honest… the producers 100% had to be telling him to give in to her to cause drama among the other girls. Hence why she probably got the group date rose. And also, good for Taylor for not letting Corrine intimidate her in total submission.

“When I was talking to him, he was like, listening. Guys don’t listen to me.” – Hm. Weird.

“The way I go about things is very classy.”– SAYS THE GIRL WHO GOT NAKED ON A GROUP DATE. Which leads me to my last quote…

“Dad would be proud, even though I got naked. He’d be proud.” – I have no words.

Mark my words, this girl is only being kept around on the show because she knows how to stir the pot and kick up some drama. No drama between the girls makes for a very boring episode. As I am sure you can probably tell, Corrine is not my favorite of the contestants, BUT she does make for incredible entertainment.

Raven- Okay I really like this girl. She seems sweet and intelligent. She also had my absolute favorite quote of the night: “If Nick likes someone who is just leading with their sexuality, then no wonder it’s his fourth time. That’s really mean, but it’s true.” Preach it, girl. Part of me just wants her to leave the show because she so obviously deserves better than Nick.

Liz- THANK GOD SHE IS GONE. There was only so much of her reminding everyone that she and Nick had history that I could take. We literally never learned anything about her other than the fact that her and Nick had a drunken hookup at Jade and Tanner’s wedding and she has a giant back tattoo. Also, good for Nick for questioning her motives. Although, I bet they totally bring her back for Bachelor in Paradise this Summer.

Danielle M.- I have adored this girl from the start! What a rewarding career, too (neonatal nurse). I think that her backstory was pretty tragic, though. She had a fiance who was a closeted addict (she had no idea) that overdosed and died. She was also the one who found him. That would be extremely difficult to get past and I’m sure created some trust issues that may or may not pop up later in the show. So happy Nick gave her the date rose.

Alexis– My girl the Sharkolphin! Except this episode she was dressed in a gorgeous wine colored dress… until her theme wedding photoshoot was revealed to be “shotgun wedding”. This quote totally sums it up, “I had no idea what shotgun wedding meant. O thought I was gonna be hot and sexy with guns…but no, I’m pregnant. I’m rolling with it”. This girl is the best. If you watched the after credits deleted scene, she brought Nick two cupcakes and proclaimed they were celebrating because it was her boob’s first birthday! Aka, one year since she had a boob job. Alexis really needs to stay around. 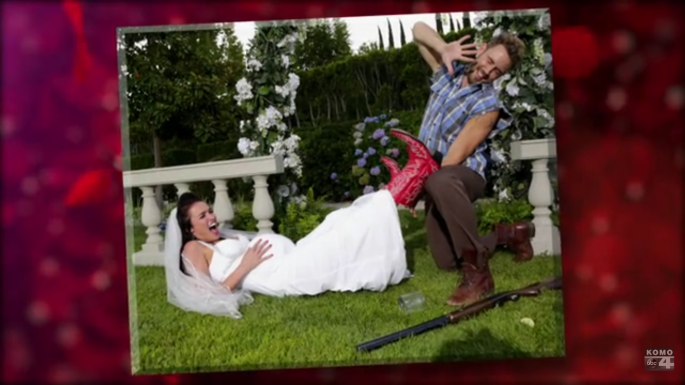 Helicopters, Hot Tubs & Yachts– This sums up literally every single season of the bachelor ever.

The “connection”– Every single girl proclaims that they are falling for Nick after spending no more than an hour with this guy. This concept truly does not make sense to me.

“Can I steal you for a sec?”– Fun drinking game: take a shot every time a girl says this to Nick. Two shots if the same girl says it more than once! Actually just kidding, don’t. That is a guaranteed way to blackout since it is said basically every two minutes.

The SLAP- Atta girl, Josephine for just going for on the group date breakup skit. That was hilarious.

Alright! As you can see, I have a lot of thoughts on this show, and that is not even the half of it. Tell me, what did you guys think of the Bachelor last night? And who is your favorite contestant?